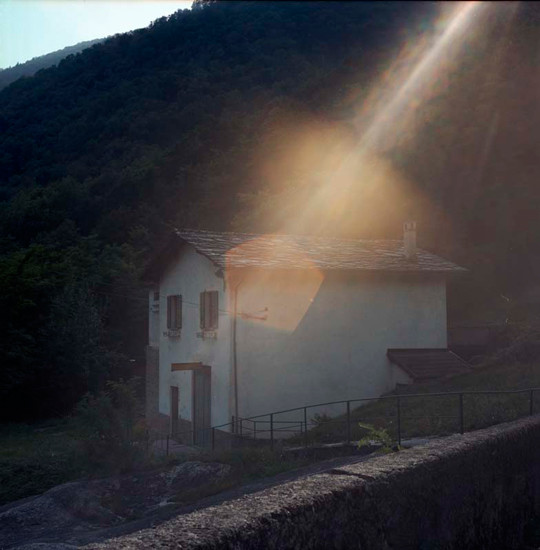 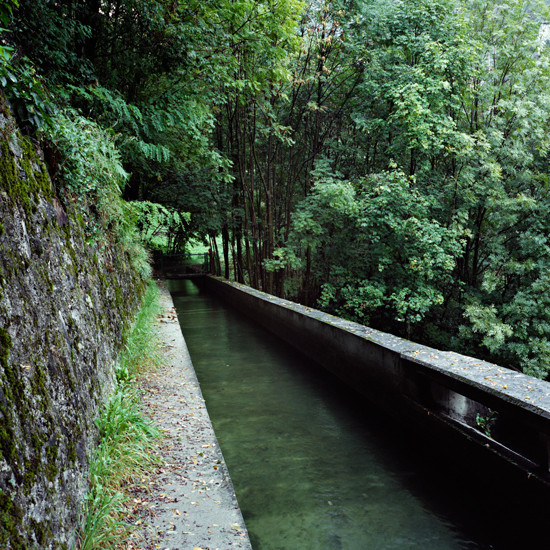 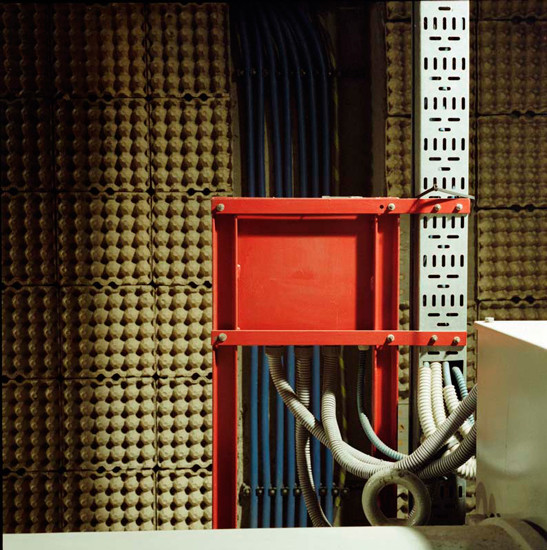 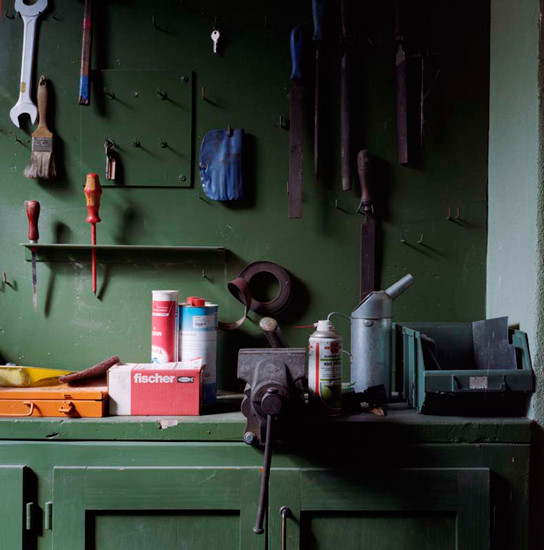 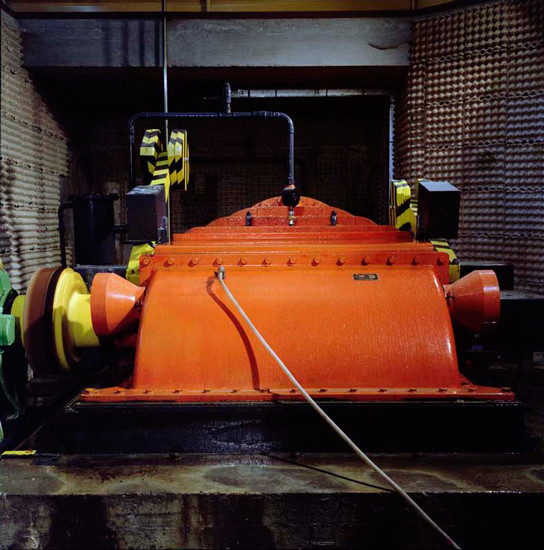 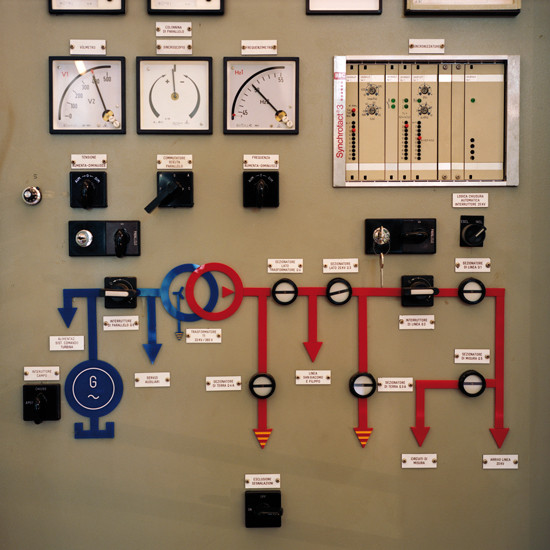 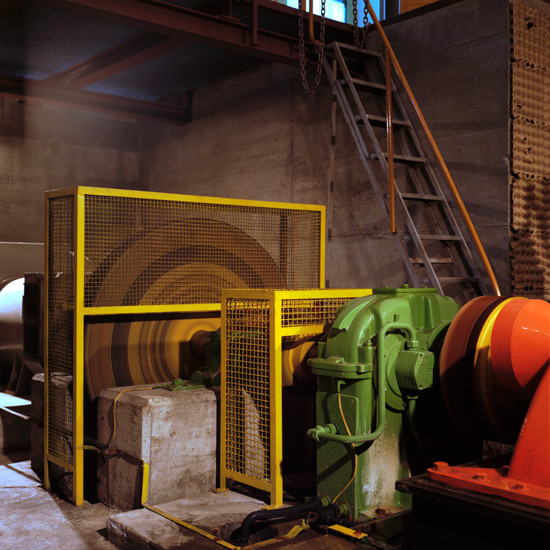 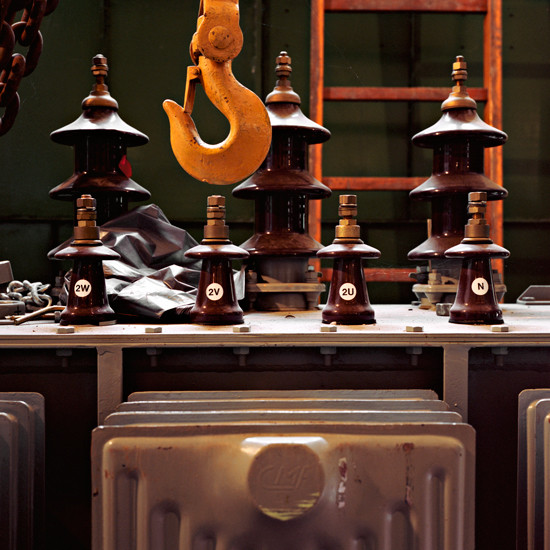 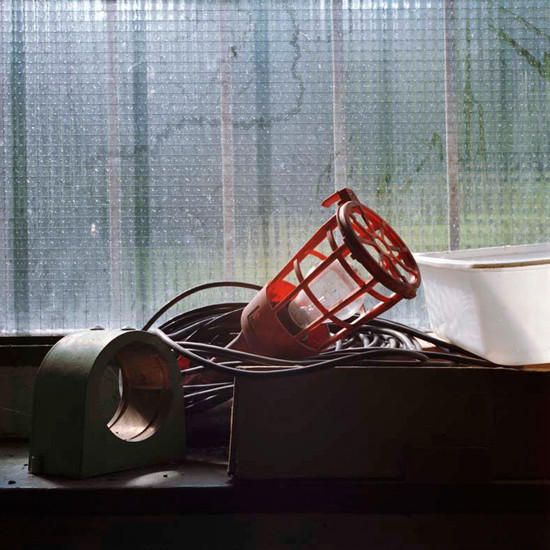 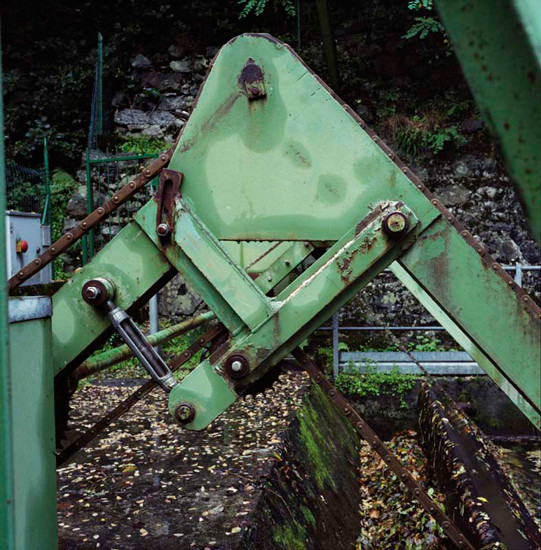 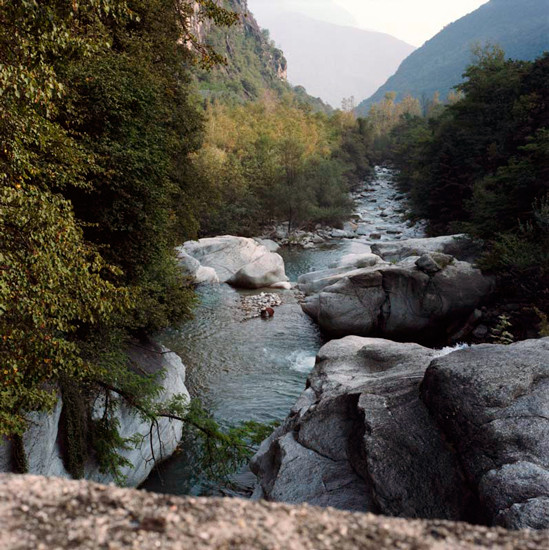 The small water power station in San Giacomo Filippo officially opened by the nonprofit Society for the Electric Enlightenment of Chiavenna in 1894 and is still active nowadays. The building, hidden by the green, has been part of the landmarks of passers by, alpinists and inhabitants for several generations. The machines inside were bolstered and changed while the building has never been modified.

NOTES, Susanna Pozzoli
On the way to Splügen pass, all of a sudden, out of nowhere, around San Giacomo Filippo village, we can see a hidden path. Following it, while walking, we will get to an enchanted kingdom. Old woods surround an alpine river where water, singing, attacks our attention for its color: so blue, so deep to emerge from the silver grey of the stones. Keeping walking, a tiny stone bridge will bring us in a land from where we can glimpse a little white house that seems floating on a grid at the end of a sloping field. A pretty long metal conduit, just repainted, shines in the frost.

Climbing up the field, the conduit brings us to a pointy lock, which is painted in bottle-green color and once there, we will discover that a stone conduit, deep and narrow, is hidden behind the trees and the moss. The tiny house looks abandoned, still, but the conduit points straight to its heart… The sound of the river is cheerful and lively; everything looks peaceful and silent inside. Only a very old utility pole, which stands proudly of his high just outside, proves the miracle that is happening inside. A natural curiosity force us to peek at it, spying behind the grating of the windows but nothing can be seen…

To the few who has the chance to cross the threshold of the green metal door, always locked, an unexpected universe shows itself. It is made of water, iron, bolts and machines in shining colors. Going inside, we are surprised by a continuous and regular vibration. Between those walls the process takes place: the water becomes energy that generates light before going back to embrace the stream. The noise is strong and repeats itself with no variations. Everything seems to come from another time, shrouded in an endless movement. Like if we were inside a space ship every post and every object is conceived for a precise task. There are tools, handles, valves, thermometers, indicators of any kind and in the basement, protected and isolated in the centre of the room that has exactly the perfect size to fit it, there is the machine of the magic: yellow, orange and black, shining and noisy, powerful and tireless it gives life and rhythm to the  “house of electricity”.

Some condensation drops slide on the chromed and bright metal letting us perceive the efforts, the movement. Its shape is particular: tapered at first, full-bodied and powerful then. The movement of the turbines contains the emotion of an instant which has been keeping repeating itself for more than one hundred twenty years and at the same time it keeps being mysterious and intriguing: the water that becomes energy, the substance that transforms itself and livens up.