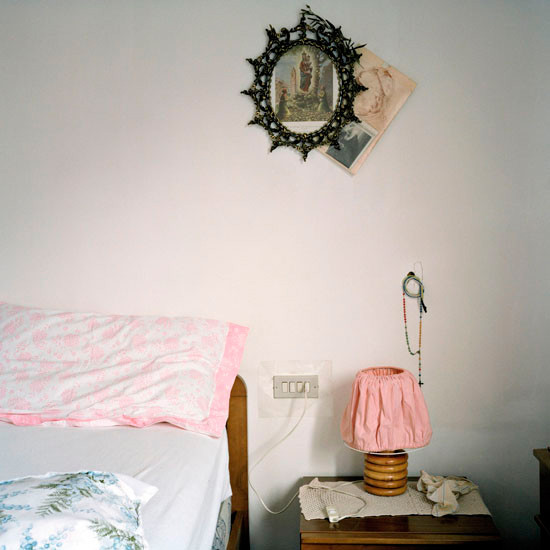 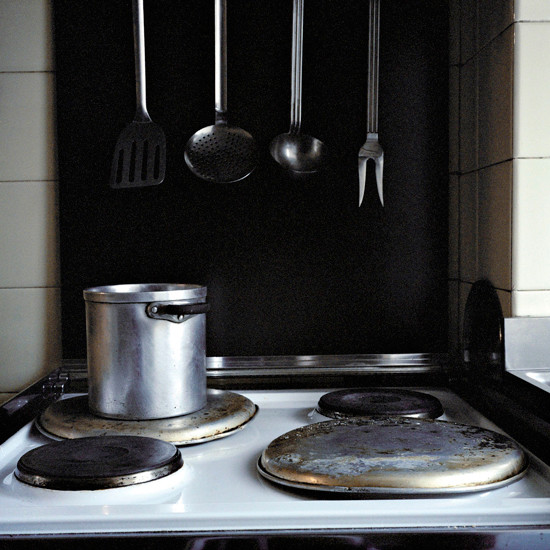 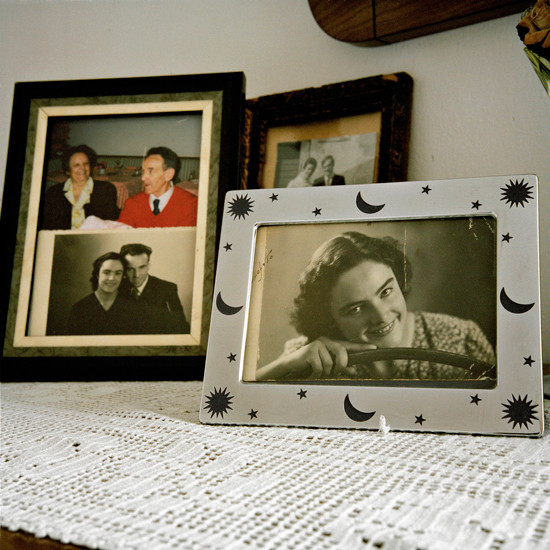 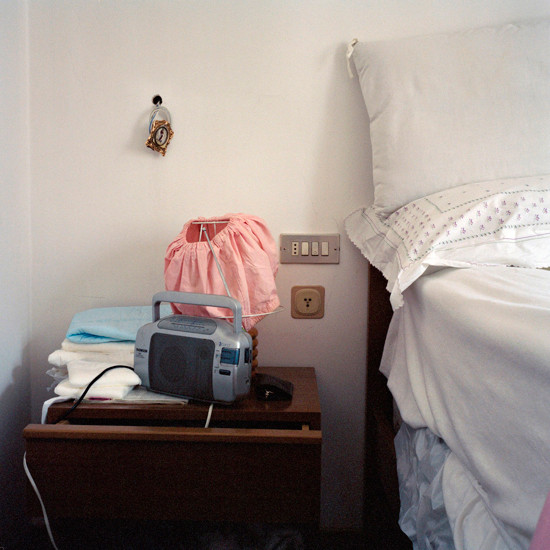 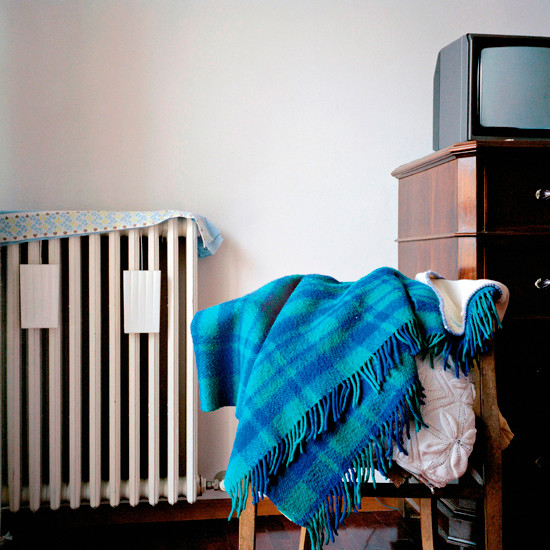 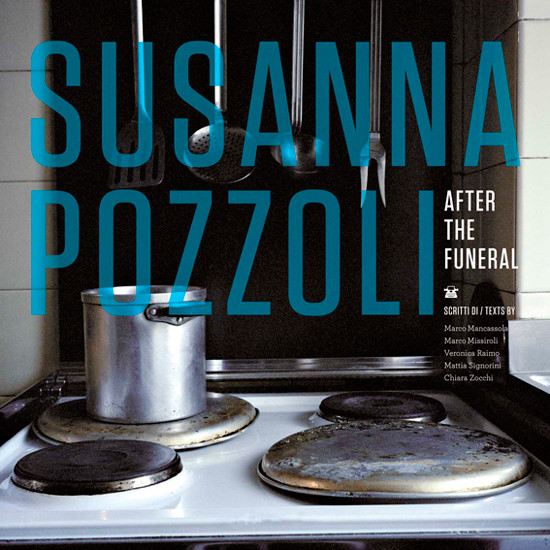 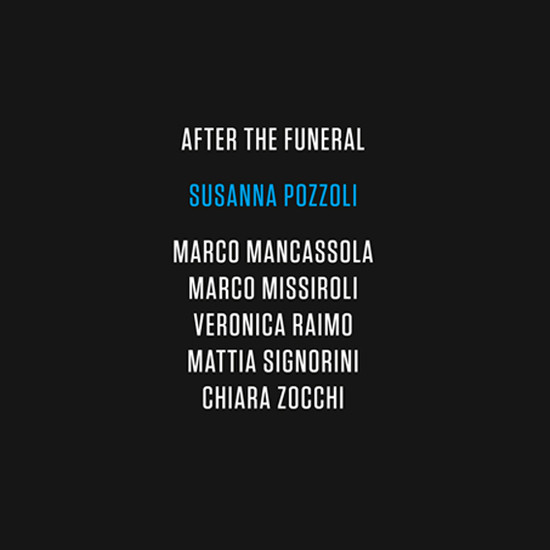 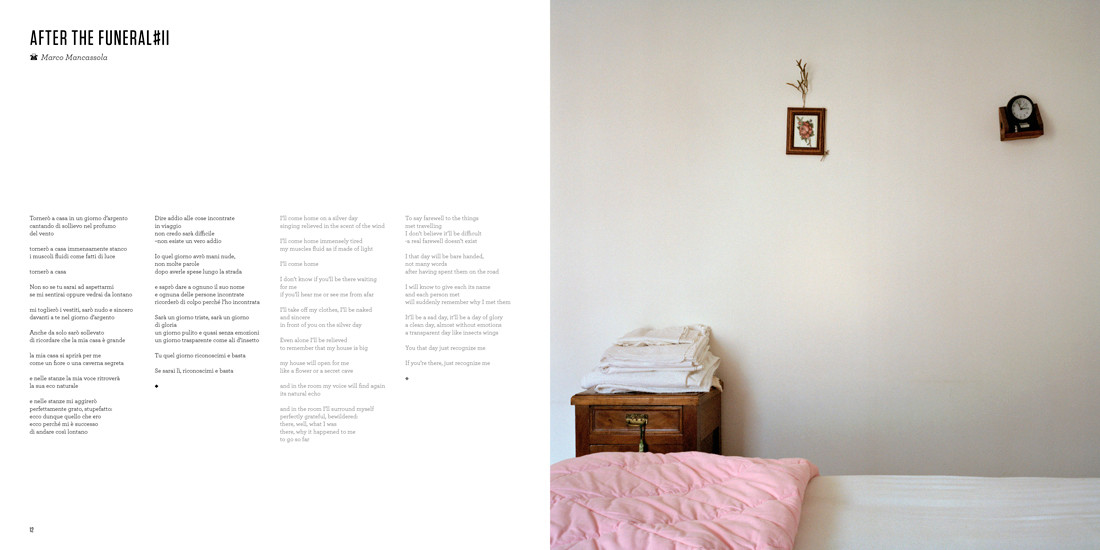 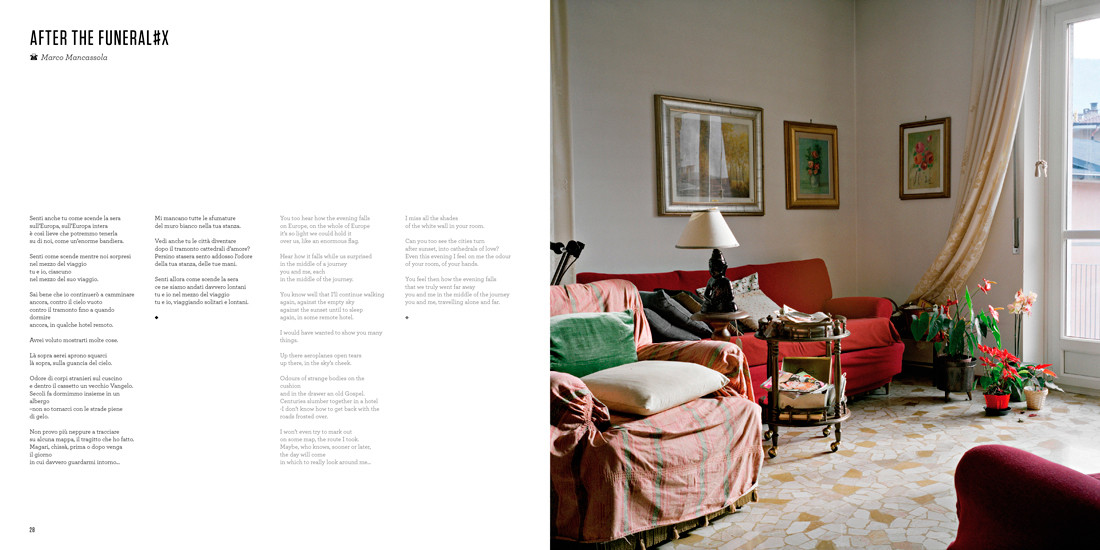 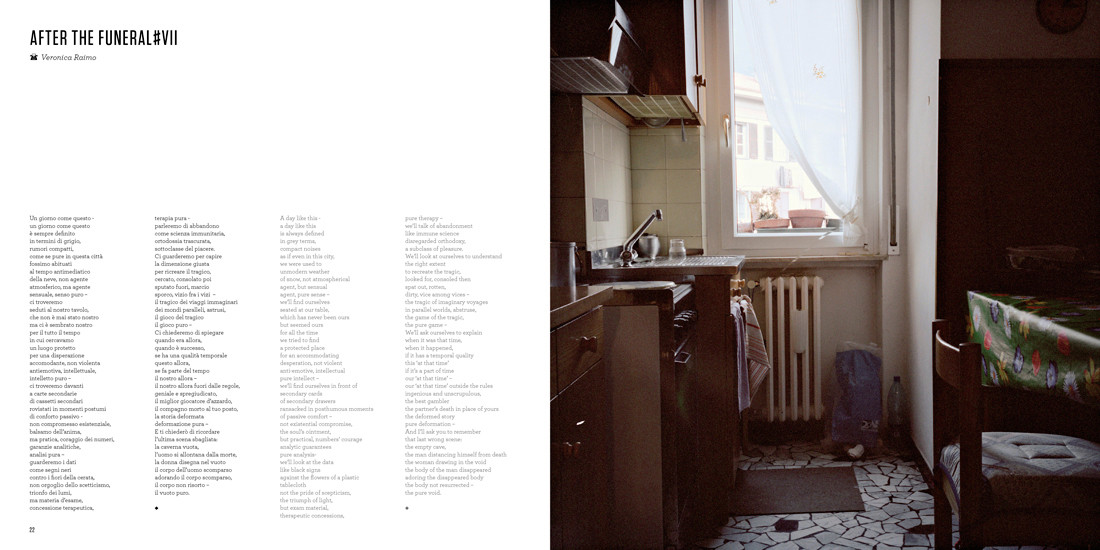 In April 2010 this project is presented in his final form. Five writers have been involved to create a show, having as starting point two photographs and a written note, made by Pozzoli the day after her grandmother's funeral, in January 2008. The images focus on a particular and sensitive moment, characterized by a strong sense of absence, silence and nostalgia. Once shared with the writers, they suggest a more universal consideration on the meaning of absence and death.

The exhibition presented ten 30x30 cm photographs, together with texts expressly written for this occasion by five Italian emergent writers: Marco Mancassola, Marco Missiroli, Veronica Raimo, Mattia Signorini, Chiara Zocchi. The installation, made of crystal frames and a light box, gives the same importance to photographs and texts. The viewer is invited to take his time and read the ten short texts, matching the ten photographs.

NOTES, Susanna Pozzoli
Coming in, a mild smell of used dresses reminded me of the old times when, being a child, I used to hide myself in her wardrobe. We were in the old house in the Alps during the summer break, and she was cooking "riso in bianco con le coste". The dresses were under the wood spiral staircase: some in a pile, messy, all used and sewn up, others, all new and precious, were protected by transparent plastic sheets and kept for the big days to come. I loved to mess them all up, knowing that she will be mad at me, shout and protest. I just could not resist touching the silks, her favorite texture, the well-ironed cottons and natural wools she used to knit. She loved flowered patterns and serious dark blues. Her dresses seemed to me huge and fancy, they were old fashioned and reassuring: long skirts, blouses, cardigan sweaters, hats, gloves of all kind.

The day after her funeral, the heating was too strong; she never liked the cold and spent too much time on the sofa. I could almost see her there, lying down with Famiglia Cristiana or Grazia, her favorite magazines. She had been sick so often and for so long. The trace of her body was still there or at least I could see it, imagine or dream it. I could visualize her, covered by an excessively warm handmade blanket on the right of him - who was always close to her -, on the armchair reading newspapers and smiling behind his huge glasses, he who still today leaves the sofa empty. I could hear in my mind the echo of her voice complaining to him or singing old songs alone when she was in a good mood. She had a nice voice when she was singing, a childish one. Closing my eyes I could still see her plaiting my long hair while screaming to him that he should do this and then that... Then she would sing in a low voice. We were outside in a sunny day and I loved to feel her hands making locks and tiding them very strongly. I felt loved and protected in a strange and rude way, in a simple and awkward way, which was her way.

There were also signs of her illness all around. I could feel the pain, the silence and the long hours she passed. I felt guilty because I live so far that I just arrived to say goodbye, adieu in the more deep sense of the word. The bedroom looked so empty and cold. Some photos reminded the happy times but they were all creased and yellowish even inside the frames. She left, she is gone and my childhood memories have a bitter taste now.

Leaving the house I made sure to switch all the lights off, to close the roller blinds and I tried to breathe in the smell deeply, for a last time. I will never see again the make up she left around or a little flower blouse or the pearls she was wearing on Sundays. Next time back in the town I was born and grown up, she will be a memory without a smell or texture. She will be thought. I closed the door knowing that I could not photograph that smell and I could not find her voice in my negatives but maybe they will tell this story, they will tell how it was the day after her funeral.

Montrasio Arte gallery coordinated the project exhibited at the gallery in via Brera, in Milan. The book project hasn't been published yet.

Please see the installation in Exhibitions        Extract from the Reading with the authors, May 13th, 2010

"After the Funeral" is © Montrasio Arte and each writer for her/his text.